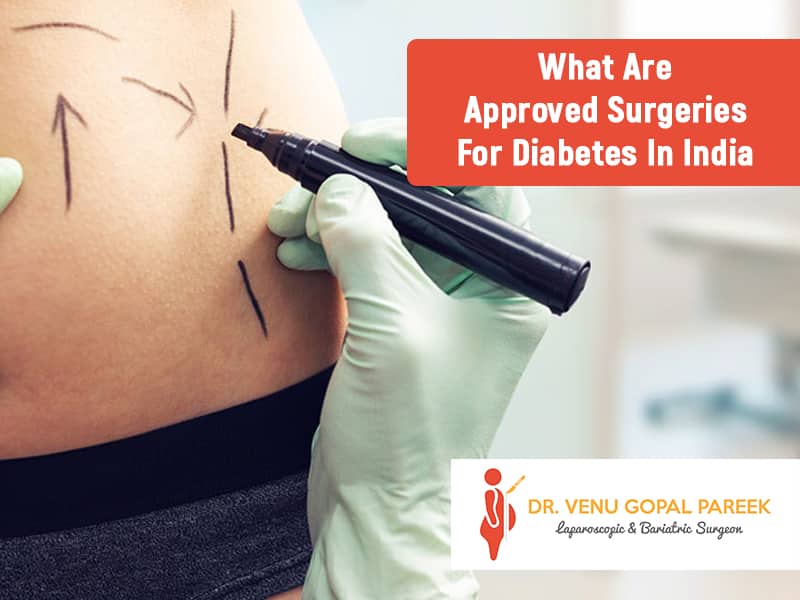 India will soon have dubious differences leading the world with the highest number of people with diabetes. According to estimates, by 2030, it is expected to be 87 million. These Indians have a limited lifestyle and are at high risk of having a heart attack and vision loss, kidney failure, nerve damage, high blood pressure, and shorter life expectancy.

Diabetes mellitus is a chronic disease that affects almost all organs of the body. It comes due to decreased insulin production or increased insulin resistance in the body. Diabetes has become a significant health risk and is a leading cause of premature disease, kidney and heart disease and even blindness, ulcers and amputations throughout the world.

Extensive research over five decades has led to the identification of medications and lifestyle changes, which have led to reasonable diabetes control. However, more than 70% of diabetics in India remain out of control, mainly due to working hours, stress, poor eating habits, etc. Apart from these factors, there is a need for treatments that allow stable blood sugar control. Despite medication, patients do not achieve reasonable glycemic control, resulting in permanent and slow damage to other organs of the body. 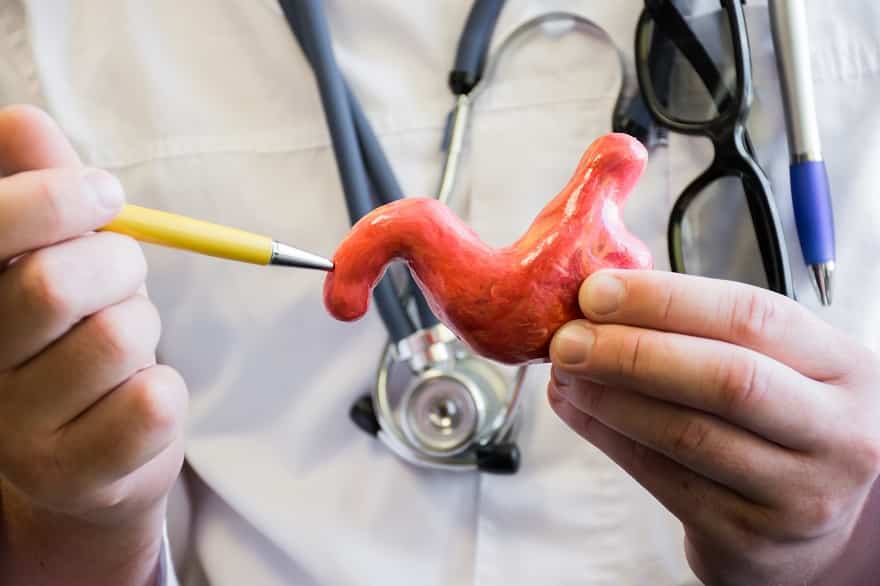 The metabolic surgery process that began in 2004 is now considered the definitive treatment for type 2 diabetes. Almost all patients can stop their insulin injections within 2-3 days after surgery and other drugs in 2-3 months. At present, metabolic surgery in diabetes has proven to be a tool for dealing with or controlling type 2 diabetes. About 80% of people with type 2 diabetes have experienced complete recovery from the disease after metabolic surgery. The other 20% has benefits in reducing the number, amount and frequency of treatment. The need for insulin injections has diminished.
Let us learn in this article in detail about WHO-approved surgeries for diabetes in India provided by Dr Venu Gopal Pareek.

Diabetes is a lifetime disease of high blood sugar (chronic). A hormone called insulin produced by the pancreas helps to control blood sugar. Diabetes can be caused by insulin deficiency, insulin resistance, or both.

Insulin controls blood sugar levels in the blood. Insulin lowers blood sugar. When blood sugar rises (for example, after eating), insulin is released from the pancreas to normalize glucose levels. In patients with diabetes, the absence or inadequate production of insulin causes hyperglycemia. 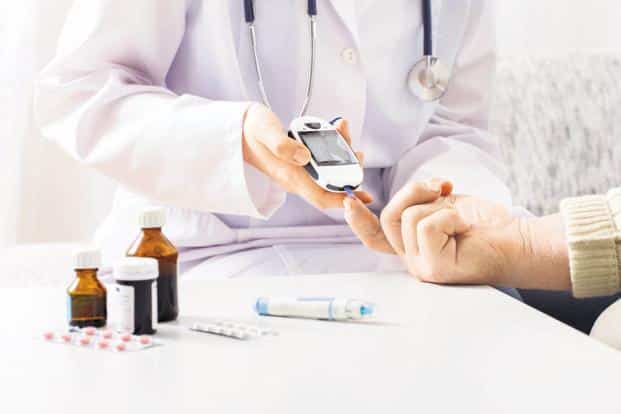 Treatment For Diabetes With WHO-approved surgeries

This operation is carried out laparoscopically (through a keyhole). In most cases, there are no drains and bandages. One can return home one or two days after surgery. There are specific procedures for diabetic patients that are not dependent on BMI. You can achieve reasonable diabetes control in more than 80% of patients.

However, this surgery is performed in specialized centres where trained and experienced surgeons routinely perform it. In this way, the disease is cured traditionally as a progressive and inevitable disease called diabetes.

Surgery for Diabetes: Diabetes can improve significantly with surgery. As a rule, medical treatment is first, but surgery can be an effective treatment option for diabetics. 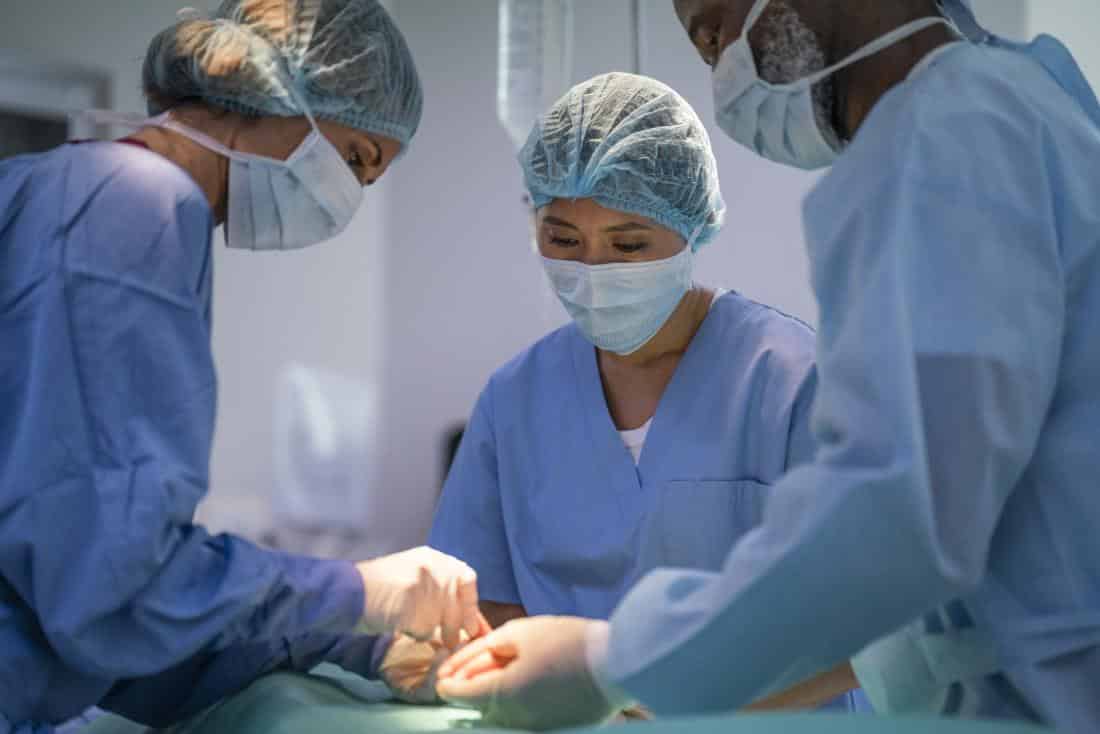 Types of Metabolic Surgery For Diabetes

The following are the most common Metabolic operations in India approved by the WHO and their effects are known for T2DM. See detailed description of general bariatric procedures.

Roux-en-Y (RYGB) gastric bypass – pronounced “roo-en-why” is the most common weight loss procedure. It offers an excellent balance between weight loss and manageable side effects. Surgery can be performed laparoscopically (small abdominal incision) or robotic (a computer-aided operation to support surgical procedures).

Restriction: The surgeon separates the upper abdomen from the lower abdomen. The top portion (pouch) connected to the small intestine called “Roux Limb”. New stomach bags limit the amount of food you can eat, so you feel full when eating only a little.

Malabsorption: After making smaller sacs, the surgeon switches your digestive system to bypass most of your stomach and part of the small intestine. Bypass produces fewer calories and nutrients absorbed from food (malnutrition). This surgery causes significant weight loss and remission in T2DM. 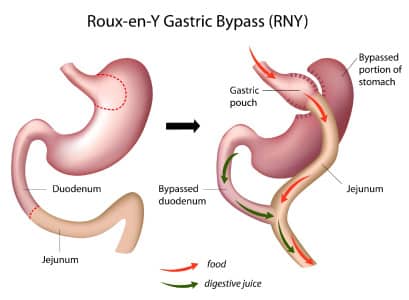 Sleeve gastrectomy, also called vertical gastrectomy is a surgical weight loss procedure. This procedure is usually performed laparoscopically, placing a small instrument through several small incisions in the upper abdomen. During gastrectomy, removes about 80% of the stomach and leaves a tube-shaped stomach the size of a banana.

Limiting the size of your stomach will limit the amount of food you can eat. Also, this method suggests hormonal changes that support weight loss. The same hormonal changes also alleviate diseases associated with obesity, such as diabetes.

An adjustable gastric band is a weight loss procedure where the surgeon places a band around the top of the stomach.

With this procedure, diabetes remission occurs in about 45-60 per cent of patients. However, relieving or correcting diabetes is secondary to weight loss caused by the process, and there appears to be no other mechanism to improve diabetes in patients in the group. In other words, it’s unlikely that patients with diabetes and patients who don’t lose weight with AGB will see an increase in diabetes. 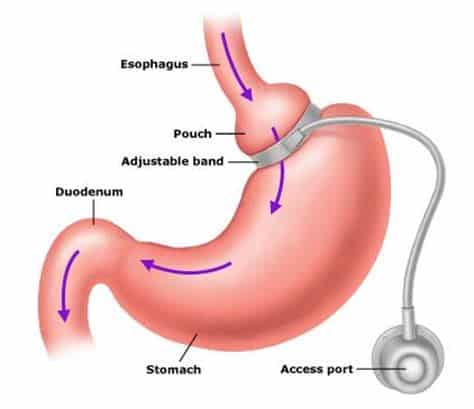 Gastric restriction can also do with the help of a silicone band that can be adjusted by adding or removing saline through a hole just under the skin. This operation can be performed laparoscopically and usually referred to as the “lap band”. Weight loss is mainly due to restrictions on the absorption of nutrients caused by a small stomach pouch and a narrow outlet. This procedure is considered one of the safest methods at present, with a mortality rate of 0.05%.

This operation is called the biliopancreatic (BPD). It is a malabsorptive procedure part of the stomachs are resected, resulting in a smaller stomach. However, patients can follow a free diet because there is no restrictive component. The distal portion of the small intestine then attaches to the sac and crosses the duodenum and jejunum.

It is performed less frequently than the gastric bypass, sleeve gastrectomy or the adjustable gastric band due to the complexity, and the higher risk of complications of the procedure.

The reduction and elimination of comorbidities associated with obesity which leads to increased mortality and decreased quality of life. Obesity can work and with T2DM, especially in the long run.

In recent years, research has shown that metabolic surgery can improve or even cure diabetes. In patients with type 2 diabetes who have lost weight, a significant increase in diabetes has noted after surgery. Studies show that substantial and long-term weight loss after diabetes surgery resulted in decreased diabetes and increased life expectancy. Diabetes can be overcome entirely or less dramatic.

If you need to know and want to undergo metabolic surgery for diabetes, contact Dr Venu Gopal Pareek at 91-777-77715. 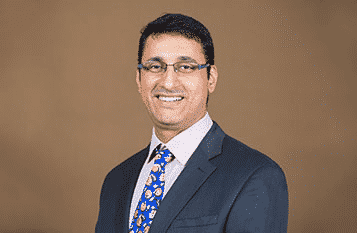 Dr Venugopal Pareek is one of the best Laparoscopic and Bariatric Surgeon in the city has done more than 9000 surgeries in 12 years. Dr Pareek has the expertise in Bariatric Surgery. He has attended several conferences and published articles on medicine as well in various national and international journals. 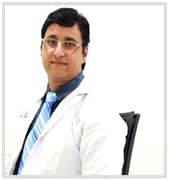